I may not know much about alcohol, but I do know that morning drinking on the train from Edinburgh to Aberdeen will get you a few odd looks—although probably not as many as you’d expect most other places. The man with the food cart came down the aisle at ten fifteen and asked if I wanted anything. “What beer d’ya have?” I asked him. He looked at his watch with a little concern before hesitantly naming a few labels. I’d never had any of them before, so I employed a tactic that I’ve mastered recently. “Foster’s, please,” I said, nearly cutting him off. I may not know much about alcohol, but other people don’t need to know that, so I play connoisseur as well as the next American twenty-year-old.

“Shake It Out” by Florence & the Machine came onto my iPod and I enjoyed a few moments of victory before the train filled up with Scots. A surly young woman sat next to me. “Don’t judge me,” I told her. “I’ve never drunk on a train before and I wanted my first time to be in Scotland. I swear this isn’t sad.” “No, seems reasonable,” she muttered. I put my earbuds back in.

I wrote in my journal a lot on these train rides. An excerpt written while flying past little Scottish towns:

The steeples on the churches here are dark and bleak. If the Christopher Wrens in London inspire awe and wonder and glory, those here seem to say that there is hard, unglamorous work to do before we can get to where they’re pointing. Protestant work ethic and whatnot.”

The next nine pages of my journal are spent on the metaphor of Christ and his Bride. After that, two pages of quotes from Christian Wiman’s My Bright Abyss, including the following:

Faith cannot save you from the claims of reason, except insofar as it preserves and protects that wonderful, terrible time when reason, if only for a moment, lost its claim on you.” (7)

On falling in love with his wife:

…it was human love that reawakened divine love. Put another way, it was pure contingency that caught fire in our lives, and it was Christ whom we found—together, and his presence dependent upon our being together—burning there.” (22-23)

I didn’t understand the brogue of the taxi driver who took me from the train station in Elgin to Pluscarden Abbey, the home of the Benedictine community I was to stay with for the week. I did, however, understand the posh and articulate to the point of theatrical Oxbridge accent of the man who greeted me upon arrival—a young visiting dom, ranked somewhere between priest and monk. “Oh, you’re an Oxford man. Oh, so sorry. I’m a Cambridge man of course, which, as I’m sure you know, is better than Oxford for most things. What college? Wycliffe Hall? OH, so so sorry.” I was surprised and smugly pleased to learn a few days later that the dom was, in fact, a mere New Yorker born and bred who did his undergrad at Cambridge, changed his voice, converted from Episcopalianism, and joined an order. 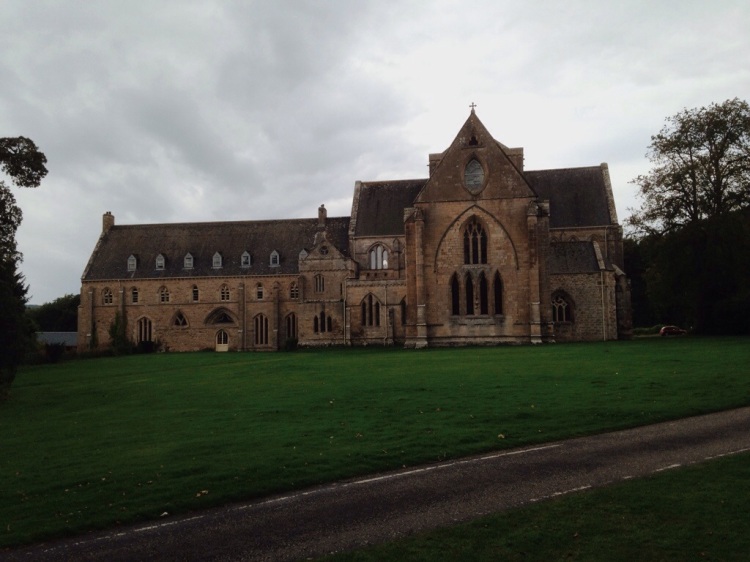